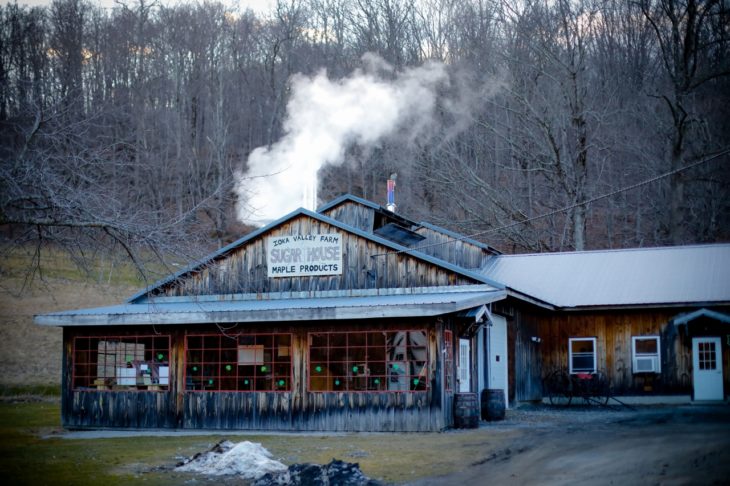 If you spend any time in the Berkshires during March and April, you’ve probably noticed at least a few signs of maple season. You might pass a woodlot crisscrossed with tubing carrying maple sap, or notice metal buckets hanging on trees. Sugar shacks send up smoke as they operate day and night to reduce the maple trees’ sap into dreamy syrup. And we definitely hope that you’re taking advantage of the season by visiting some of our region’s maple farms, many of whom offer special events, tastings, and the chance to see the syrup-making process up close. 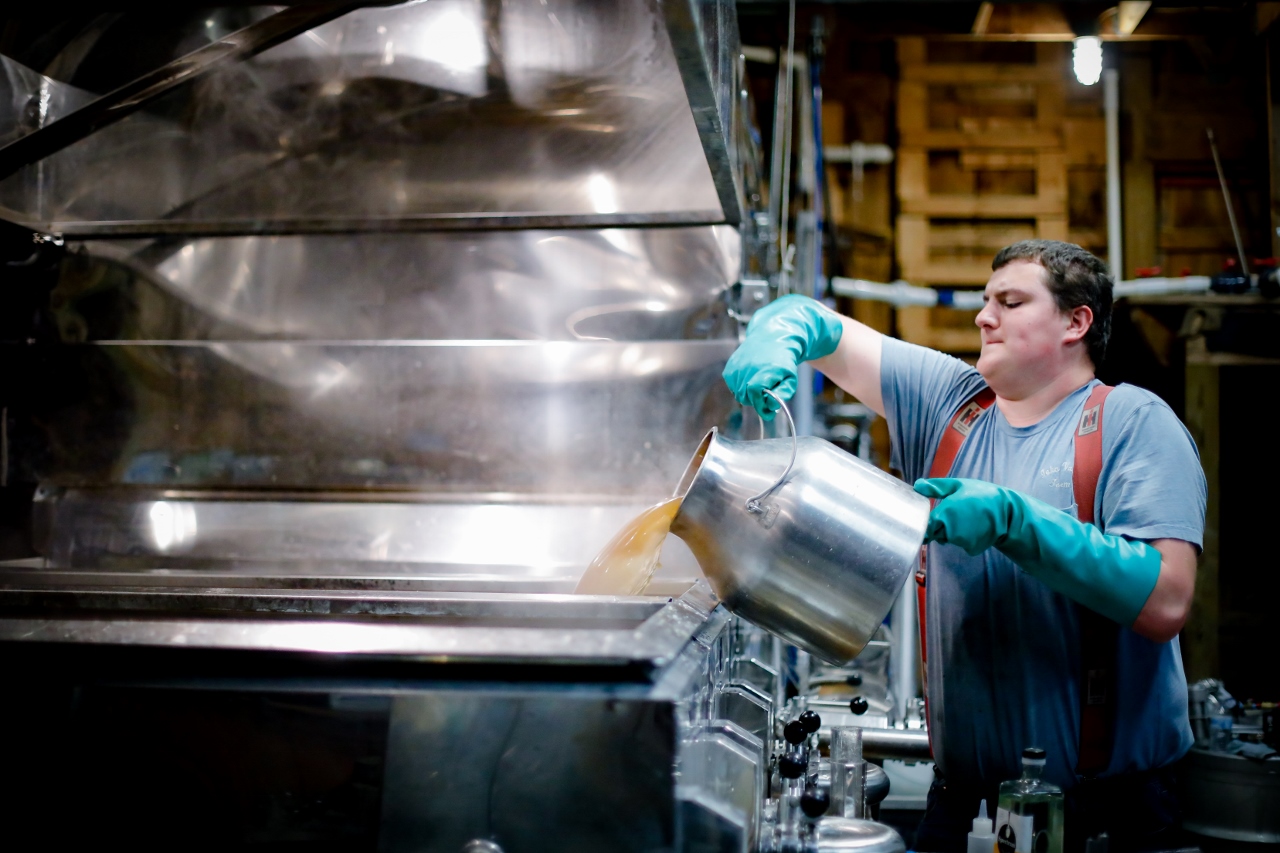 Essentially, maple syrup is sap from maple trees that’s boiled down into syrup. Hobbyists can make syrup by tapping a few trees and boiling the sap on a small wood-fired evaporator, while professional operations use specialized equipment to make syrup from thousands of taps. The start and end dates of “sugar season” vary from year to year, so maple producers pay close attention to the weather as winter starts to fade.

Berkshire Grown is proud to include several local maple farms in our membership, and we reached out to find out more about how they produce this important local product and what the maple season looks like for them. One common thread in the stories we heard was that producers started small, caught “sugar fever”, and gradually added more taps and equipment to reach their current production level. 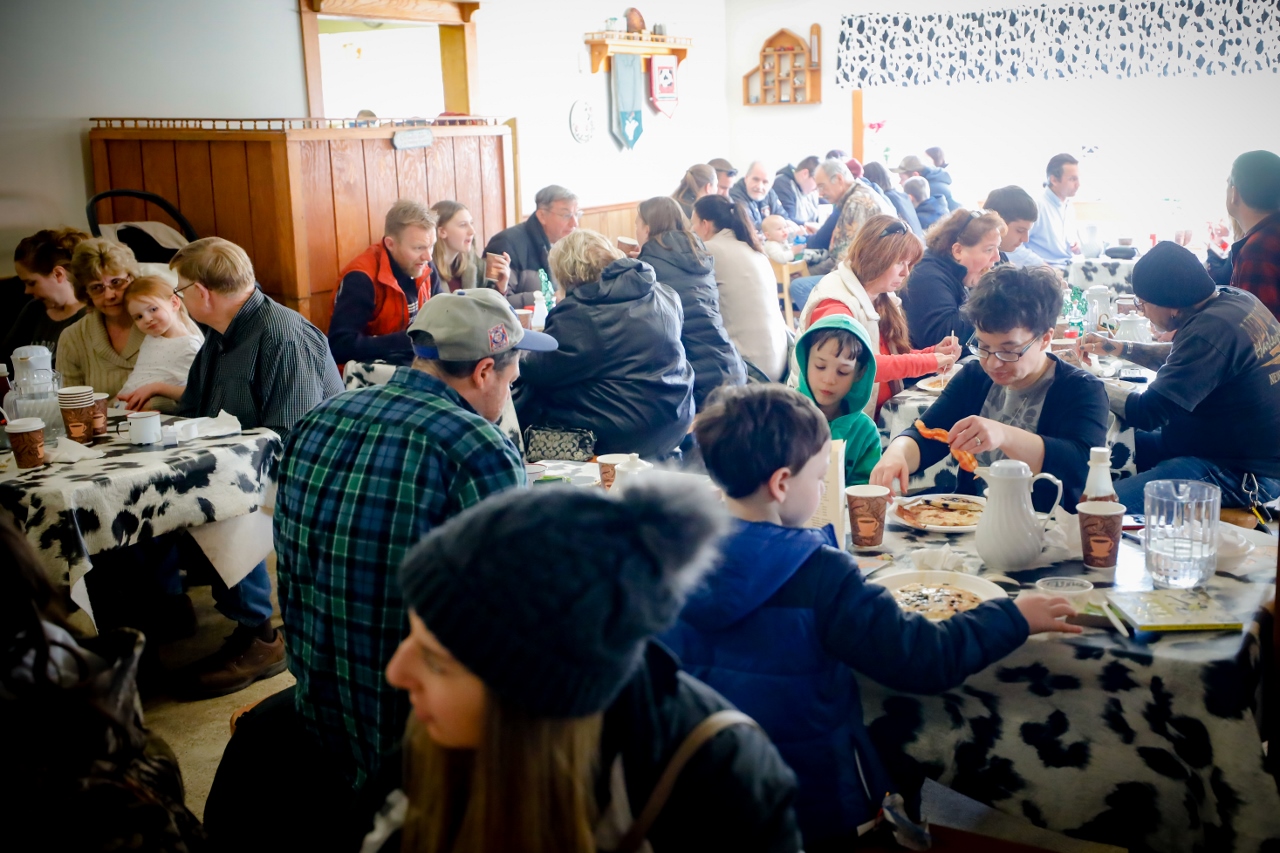 Families enjoy the maple syrup atop a myriad of pancake flavors, from plain to bluebarry, to Heath Bar crunch. Photo by Stephanie Zollshan.

Carla Turner, of Turner Farms Maple Syrup in Egremont, has been making maple syrup with her family for 35 years. Turner Farms makes 1,200-1,500 gallons of syrup per year from 3,000 taps. They use reverse osmosis (RO) equipment to remove some water from the sap before boiling, which saves energy and reduces costs. The sap then goes to the evaporator, and the finished syrup is filtered and bottled.

Turner says her favorite part of the maple syrup season is also the most challenging: the fact that every year is different, and that producers have to hope that the weather will be favorable, their equipment and setup will work properly, and that customers continue to value their hard work. In the end, it’s the customers who make the whole process worthwhile, especially the families who come to the farm year after year.

At Ioka Valley Farm in Hancock, Missy and Rob Leab produce over 8,000 gallons of maple syrup each year. Their farm is a hub for visitors who want to learn more about the process, with tours and tastings available throughout maple season. In addition to their syrup, they make specialty products like maple cotton candy, maple cream, and maple-sweetened BBQ sauce. 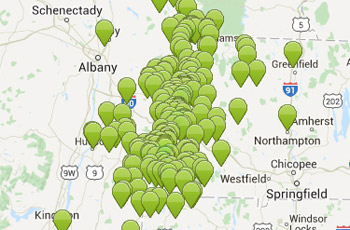